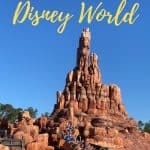 If you’ve ever read my blog before, it’s probably pretty obvious that I really adore Walt Disney World.

From the attractions to the atmosphere, every little thing about the place just makes me happy.  There’s just something about WDW that stands head and shoulders above other theme parks.

The number one thing that draws visitors to the parks are the rides of Disney World.  From the pedestrian (I’m looking at you, It’s A Small World!) to the heart pounding, there’s something for everyone.

While there are SO many attractions and experiences to do at Walt Disney World, I’m just going to rank the top ten best rides Disney World has to offer their guests (and give you a few TeePublic shirt suggestions to honor those rides). 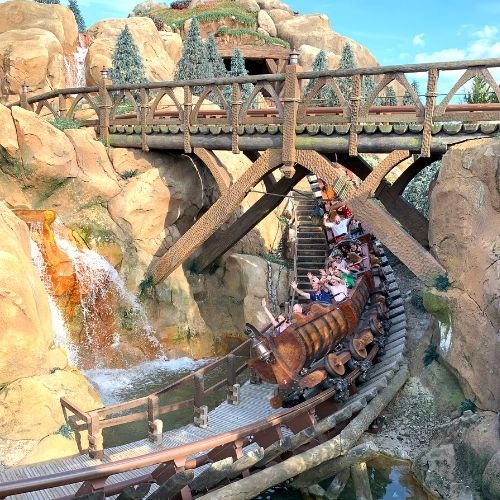 This highly themed ride offers the best of both worlds to families:  fantastic animatronics placed in exquisite scenes from Snow White and the Seven Dwarfs paired with just a little bit of the thrill of a roller coaster.

This is a fantastic ride to take younger kids on, especially those who might be a little nervous about the bigger coasters.

But keep in mind that height requirement is 38 inches for this ride, so you child will have to be tall enough to ride for safety reasons.  Read my post about Height Requirements for every ride at Disney World to get a free printable chart.

While this ride isn’t exceedingly fast or heart-pounding, it is a LOT of fun, and definitely deserves a mention among the best rides in Disney World.

Check out this fun Seven Dwarfs Mine Train shirt: 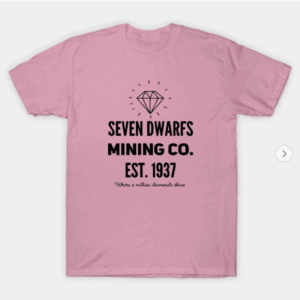 As a 2018 addition to the slate of the best rides at Disney World in the Toy Story Land area of Hollywood Studios,  Slinky Dog Dash was an instant success.

Now that it’s been in operation for a few years, it’s popularity hasn’t decreased one bit and the standby line for this attraction is still one of the longest in the park. 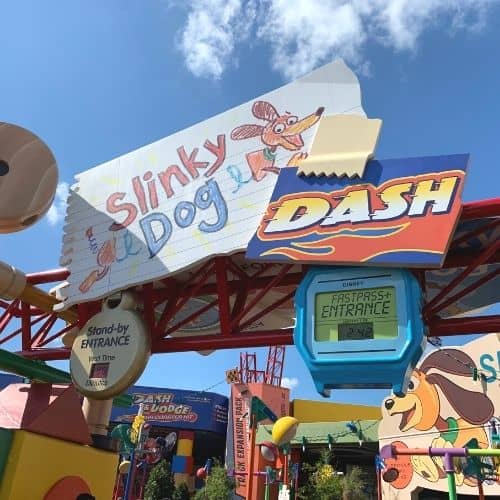 Slinky Dog Dash is a ride themed around a few of the lesser known characters from the Toy Story series of movies.  Guests really feel like they are inside the movies as they walk through the elaborately themed queue.

All the little details included in the staging area of the ride point guests towards the story of how Andy combined a few of his toys to create the roller coaster.

While not the fastest coaster on property or the one with the biggest thrills and chills, Slinky Dog Dash is by far the smoothest coaster in the parks.

Guests of any age will absolutely love this ride and we think it’s 100% worth the standby wait any time.

Show your love for Toy Story Land with this Pizza Planet T-shirt! 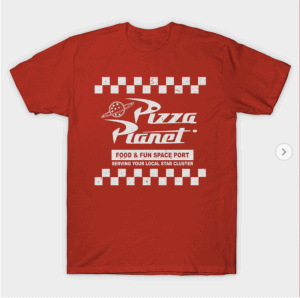 No self-respecting list of the best rides at Disney World would be complete without including Space Mountain on the list.

This classic ride is a pillar of the Magic Kingdom, with its iconic building being one of the most recognized features of the park. 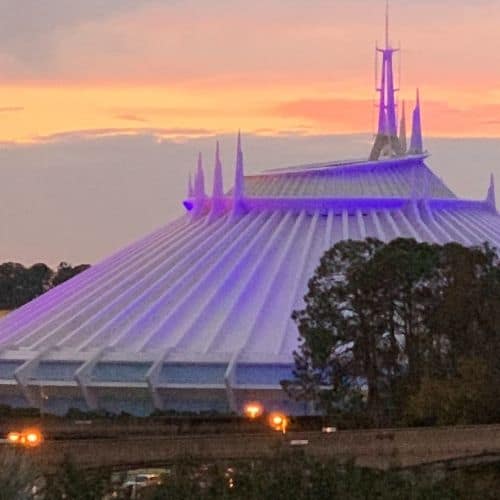 The nostalgic theming fits perfectly into Tomorrowland, and the long indoor queue only ads to the build us of excitement as guests wait for their turn to blast off into space.

What would probably be a super simple roller coaster is completely transformed by the simple step of eliminating most of the lights, leaving riders giddy with adrenaline and the roll over unexpected curves and drops.

Only the smallest bit of ambient light lets you know what to expect on this roller coaster.

Want to ratchet up the thrill of this ride?  Attend the ever popular Mickey’s Not So Scary Halloween Parties in the fall, where they turn off ALL the lights and switch up the music to add to the tension! 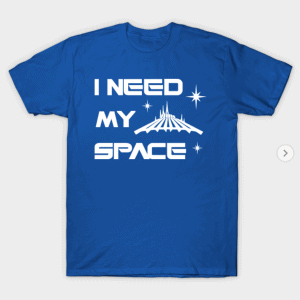 Big Thunder Mountain Railroad is an absolute must-include on any best rides in Disney World list.

Versions of this iconic ride exist at no less than four Disney Parks around the world, and all of them are incredibly popular. 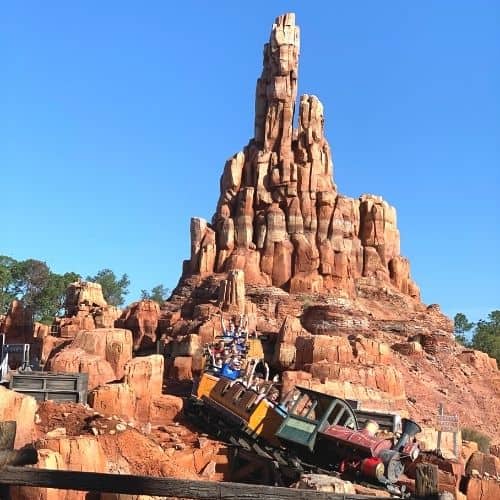 Located in Frontierland in the Magic Kingdom, the classic runaway mine train ride has been delighting guests for decades as the “wildest ride in the Wilderness.”

While not the fastest or the scariest ride on Disney property, Big Thunder Mountain Railroad never fails to get the heart pumping.

The ride is one of the longer coaster experiences in the parks, and is always more exciting to ride at night! 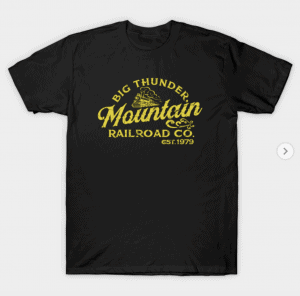 #6 – The Twilight Zone Tower of Terror

In my estimation, the Twilight Zone Tower of Terror is the scariest ride in all of Disney World, and is definitely not for the faint of heart.

The building alone can strike fear into the hearts of visitors to Hollywood Studios, and the ride itself is meant to be like a real life episode of the Twilight Zone. 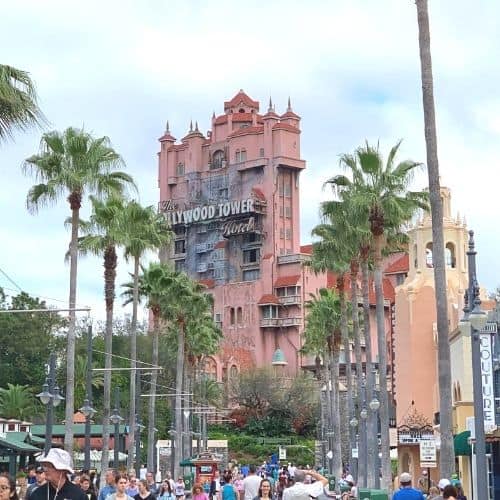 This ride takes you on a tour of the old Hollywood Hotel, which is rumored to be haunted by the ghosts of people who disappeared when they boarded the elevator.

But, without the heart stopping drops on this ride, it would probably be kinda hokey.

The theming has become a little outdated over the years, and the “dark” part of the ride is a little unimpressive.

Despite this, standby queues for this ride are often some of the longest in Hollywood Studios.

Check out this fun Tower of Terror T-shirt! 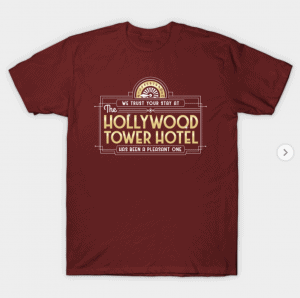 Rockin’ Rollercoaster is without a doubt the wildest ride at Walt Disney World.

One of the most popular rides in Hollywood Studios, this ride has guests following Aerosmith on the way to a concert.

Fans ride in “stretch limos” in this dark coaster, while speeding through cartoonish city scenes down ridiculous dips and even upside down.

Rockin’ Rollercoaster is by far the most thrilling traditional coaster in the parks, but the theming hasn’t aged well and comes across as hokey.

My daughter would give it the #1 spot in our list of the Best Rides at Disney, but I definitely disagree.   It grabs our #5 spot simply because of the thrill factor.

Check out this T-Shirt for the man with the money! 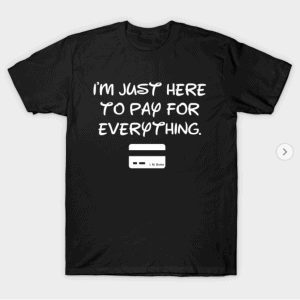 Expedition Everest has long been a fan favorite with Disney World lovers.

It’s the tallest ride in all of the parks, beating out Tower of Terror by just 6 inches.

Guests trek through the Himalayas, searching for the elusive Yeti, only to find the fearsome monster waiting for them along the tracks.

The only problem with this ride is that the animatronic has been broken for years.

Instead of leaving guests screaming in terror as the animatronic Yeti reaches out to grab them, an unmoving Yeti is illuminated by a strobe light, somewhat ruining the seamless feel of the ride.  He’s affectionately become known as The Disco Yeti by many fans.

Disney has been hinting at fixing this issue for years, but we’ve yet to see any action on those mutterings.

Even with it’s flaws, Expedition Everest is still worth a rope drop.  We always ride it multiple times during our visits and it never fails to leave our hearts pounding. 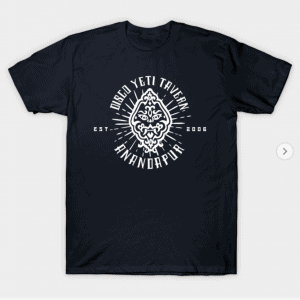 One of only two rides in Star Wars: Galaxy’s Edge in Hollywood Studios, Smuggler’s Run does not disappoint Star Wars fans. 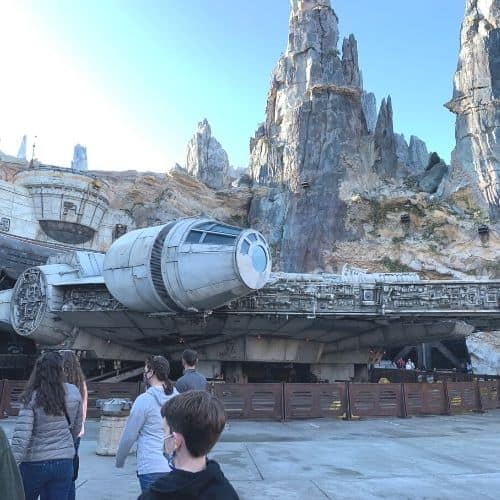 This fast paced ride gives visitors a chance to be part of the crew of the famous ship, each playing a pivotal role in nabbing some Coaxium from a speeding train.

Up to six riders can participate on each mission, with three roles to choose from:  pilot, gunner, or engineer.

The most coveted role by far is the position of pilot.  Pro-tip:  If you want to be the one who gets to send the ship to lightspeed, sit in the right hand pilot seat.

The ride is simply perfect, and even features the iconic Dejarik game table from the ship, which fans can sit at for a photo op.

This ride is an absolute must-see for any visit to the parks. 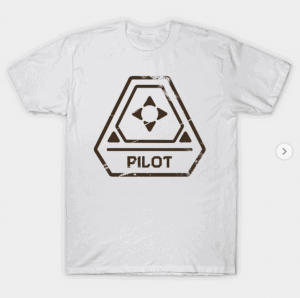 Pandora: The World of Avatar located in Disney’s Animal Kingdom is one of the most ambitious projects Disney World has ever embarked on. 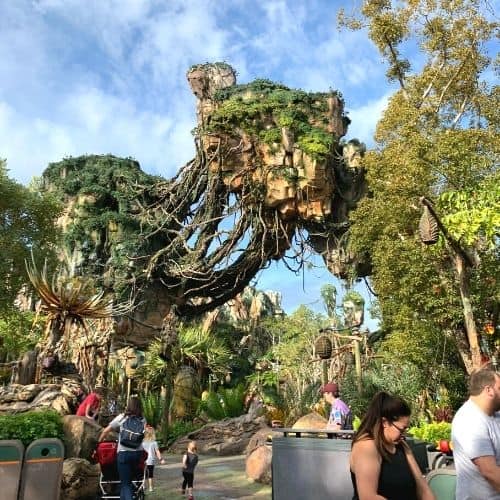 The concept is simply amazing and fully immerses visitors in the world of Pandora.

In the queue, guests walk through gorgeous Nav’i gardens and are taken on a tour of the research labs before being escorted into a training area, to be paired with your own Avatar.

Guests then experience what it’s like to ride a banshee across Pandora, complete with breathtaking drops and incredible views.

The ride experience is completely immersive.  The 3D effects of Flight of Passage are incredible.

Be warned that if you are prone to motion sickness in any way, this ride can be pretty tough to deal with.

The ride is spectacular, but quire intense.  Don’t be afraid to remove the 3D glasses during the ride if you get queasy.

Check out this great “I’m Just Here To Ride A Banshee” Shirt! 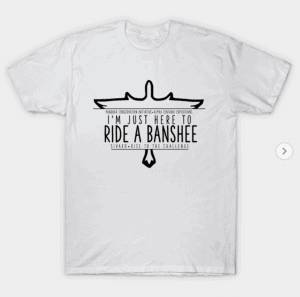 #1 – Rise of the Resistance

Finally, our number one spot goes to Star Wars: Rise of the Resistance in Galaxy’s Edge.

The newest and most ambitious ride experience in any Disney Parks, Rise of the Resistance is fantastic.

I’ll try not to give away any spoilers here, but the attraction is simply top notch. 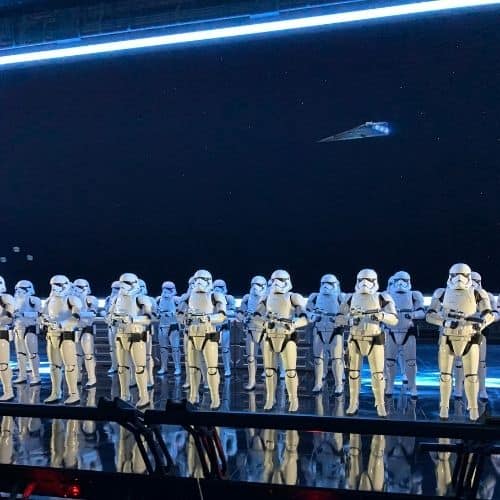 The experience is totally immersive and manages to entertain guests before you’re actually on the ride.

Half the experience is actually still part of the queue, but you don’t even realize that until you’ve finished the attraction and are thinking back over the experience.

From cast members to the ride vehicles, this attraction is an absolute must-see, even if you aren’t a fan of Star Wars.

During my first ride on Rise of the Resistance, it had probably been over 10 years since I’d seen any Star Wars movies.  I still enjoyed every second of the ride and was thrilled by the experience.

By the time I came back for my next trip to Hollywood Studios, I’d seen all the movies and watched the Mandalorian.  Rise of the Resistance was even better that time around since I understood all the easter eggs sprinkled throughout the ride.

Boarding passes go incredibly fast every day, so be sure you know what to do before trying to get one. 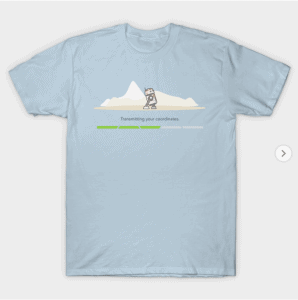