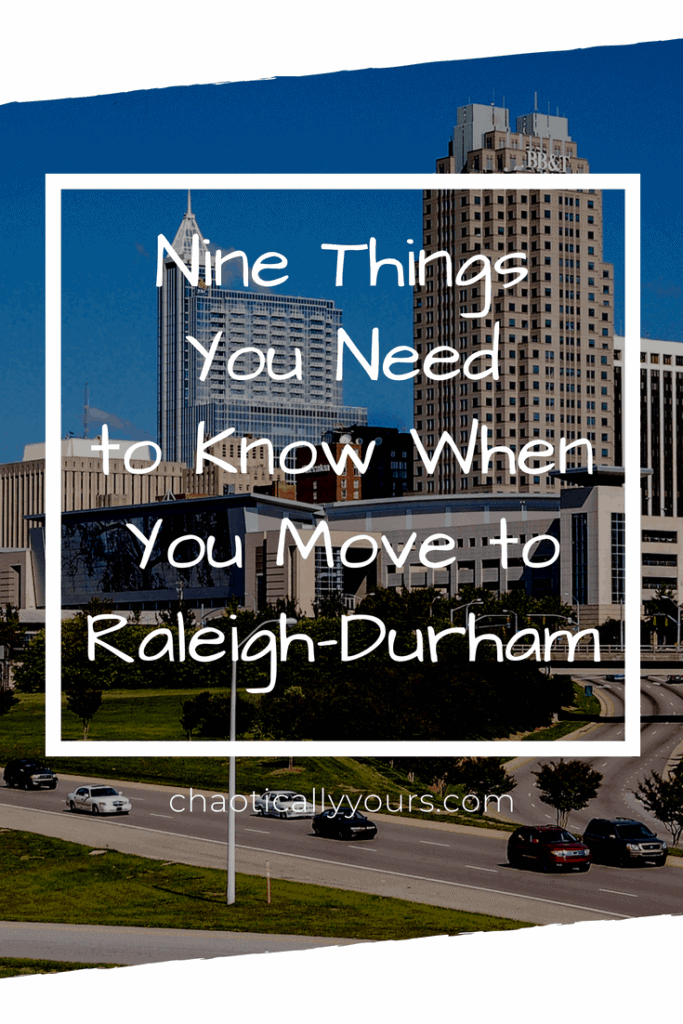 So you’ve just moved to the Raleigh/Durham area. First of all, welcome! Like over 2 million other people, you’ve discovered one of the best places to live in the United States. Just as any new resident would be, you’re probably excited and a little nervous about your new home. Don’t worry; I’ve lived in the South for my entire life and in this area for over 20 years. I’ve learned a few things about how to fit in around here. I’m happy to share a bit of wisdom about the nuances of being a Triangle resident

As you probably know, there are lots of great universities in the Triangle, but there are three that dominate the rivalry scene: Duke, NC State, and the UNC – Chapel Hill. As a North Carolinian, you MUST pick one and only one. It is not acceptable to say, “I like all of them” when asked who your team is. You’re sure to be pegged as a weirdo. To be a real Raleigh/Durham insider, you must have a team. 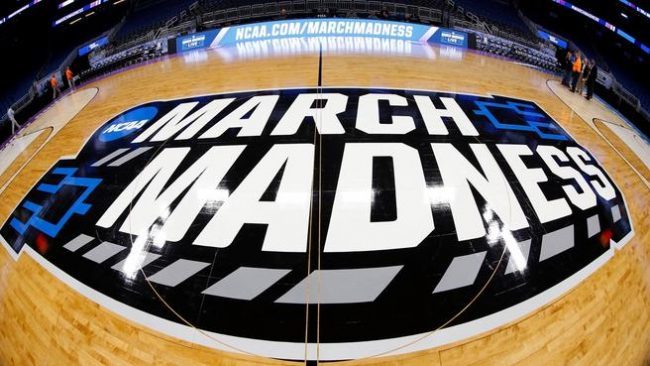 Basketball is a way of life in the Triangle. You may think football is where it’s at, but people live and breathe basketball around here. The entire state of North Carolina loses their minds in the spring. March Madness is not a joke or a catchy title. I have friends who grew up here who remember having televisions rolled into their elementary classrooms so they could watch the final four during class time. Most offices in the Raleigh/Durham area have a bracket pool. People do not kid. Learn the game and learn to love watching it, or you’ll be really lonely in March.

3. Bless Your Heart is not an insult

I can’t tell you how many times I’ve heard people wondered if they’ve been politely cussed at when someone says “Bless Your Heart!” As a lifetime resident of the South, I have heard this expression from just about every person in my family. I can assure you , my granny NEVER meant it as an insult when she said the phrase. “Bless Your Heart” is an expression of empathy and solidarity, not an insult. When you hear that someone is having a rough time, or dealing with a lot, you are LITERALLY wishing blessings upon their heart when you use the phrase. Sure, there are some times when people misuse the expression. I’ve heard it said snidely, with lots of sarcasm to someone who was super annoying. But for the most part, it’s a well intentioned, lovely expression. 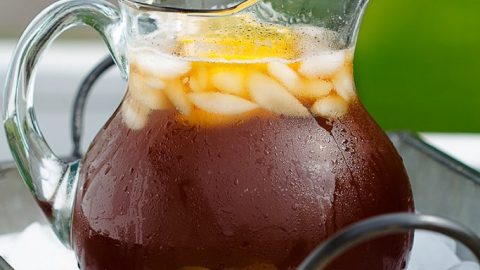 4. Tea must always be sweet

Un-sweet tea is sacrilege. That is all.

There are rules about barbecue in North Carolina. The meat is always pork, never beef. The sauce must be vinegar based, not tomato. And for the love of all that is holy, DO NOT refer to grilling hot dogs and hamburgers as barbecuing. People will be very offended if you don’t get those things right around here. But once you’re invited to your very first pig-pickin’, you’ll totally understand what’s so glorious about North Carolina barbecue.

6. People are very serious about their beach time.

Being just 2 hours away from the closest beach, people DO NOT PLAY when it comes to beach time. On any given Friday in the summer, the traffic headed east on I-40 will more than double the traffic headed west. A summer without the beach is like a winter without Christmas around here. Figure out your favorite beach and visit it often. 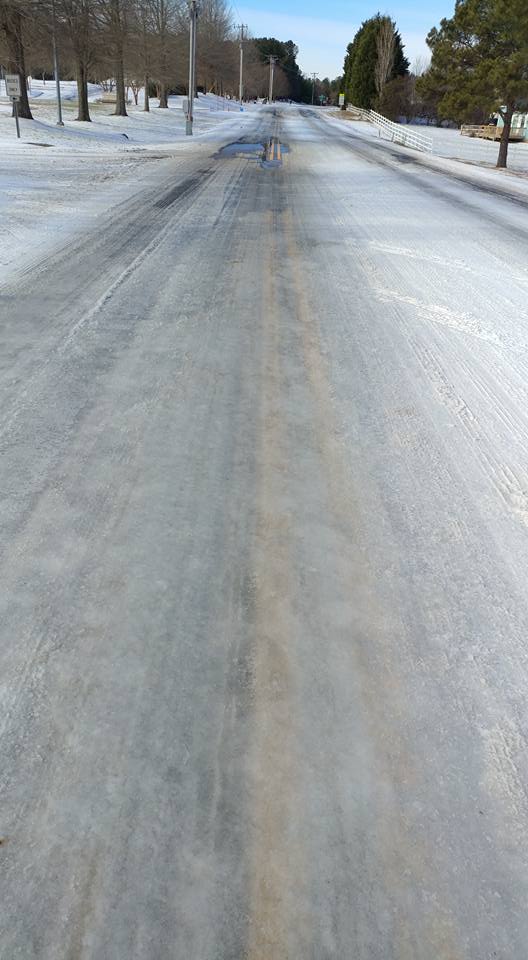 7. We aren’t equipped for winter weather.

You may be originally from New York, or Michigan, or some other frigid state that gets loads of snow and ice every year. But around here, winter weather events are few and far between. Usually once a year we’ll get an inch or two of snow, just enough for the kids to enjoy. The real problems come when that snow melts and we get inches of ice on the roads. I don’t care if you were raised in Antarctica, when you lose control of your car on a patch of black ice, your driving skills are just as poor as anyone else’s. Don’t make fun of us for closing schools and making the safety of our children our #1 priority. Don’t get too big for your britches and go out driving on it just because you’re “from up North, and you can drive in any weather.” I promise, Mother Nature will quickly cure you of that mistaken claim. You risk not only your life, but the lives of anyone else who MUST go out in those conditions (like paramedics, doctors, and police officers.) Enjoy the day off and just stay home.

8. Hurricanes are a whole thing.

Lots of people don’t take hurricanes seriously, but they can be extremely dangerous around here, even this far inland. I know I didn’t realized how serious it was when we moved here in 1996. Just one month after we arrived in Cary, Hurricane Fran came through and taught me how important hurricane preparedness was. Trees were down EVERYWHERE, and we were without power for a week. Thankfully, we had listened to the sage advice of the elder statesman of Triangle weather, WRAL’s Greg Fishel. We had purchased some minor supplies. With those, and the help of our new neighbors, we made it through. Now my family keeps at lease a week’s worth of hurricane supplies stocked in our home, basically year round. You don’t want to be that guy, running to Walmart at the VERY last minute, only to find all the important supplies sold out.

9. Don’t complain that here is not like where you came from

“The pizza here doesn’t even compare to what you can get in New York.”

“Why don’t you have a Schnuck’s? The grocery stores around here just aren’t as good.”

“Why don’t you do things here like we did back in whatever state?”

There is no faster way to anger a native or longtime resident of NC than to tell them how much better you had it somewhere else. It’s just plain rude. This area wouldn’t be growing by new 40 residents A DAY if it was an awful place to live. If you wanted somewhere just like where you came from, then you’ll be majorly unhappy here. The Triangle has its own brand of culture and charm. North Carolinians love it here, and frankly, we don’t want to change anything of the things about it that makes it so special, so don’t even try.

What surprised you about Raleigh/Durham when you moved here? Let me know in the comments!

Schnucks!? You gotta be from Missouri!

Nope. Southern all the way. My sister did spend a few years in that area though, so I've visited once or twice.